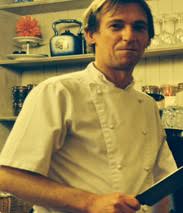 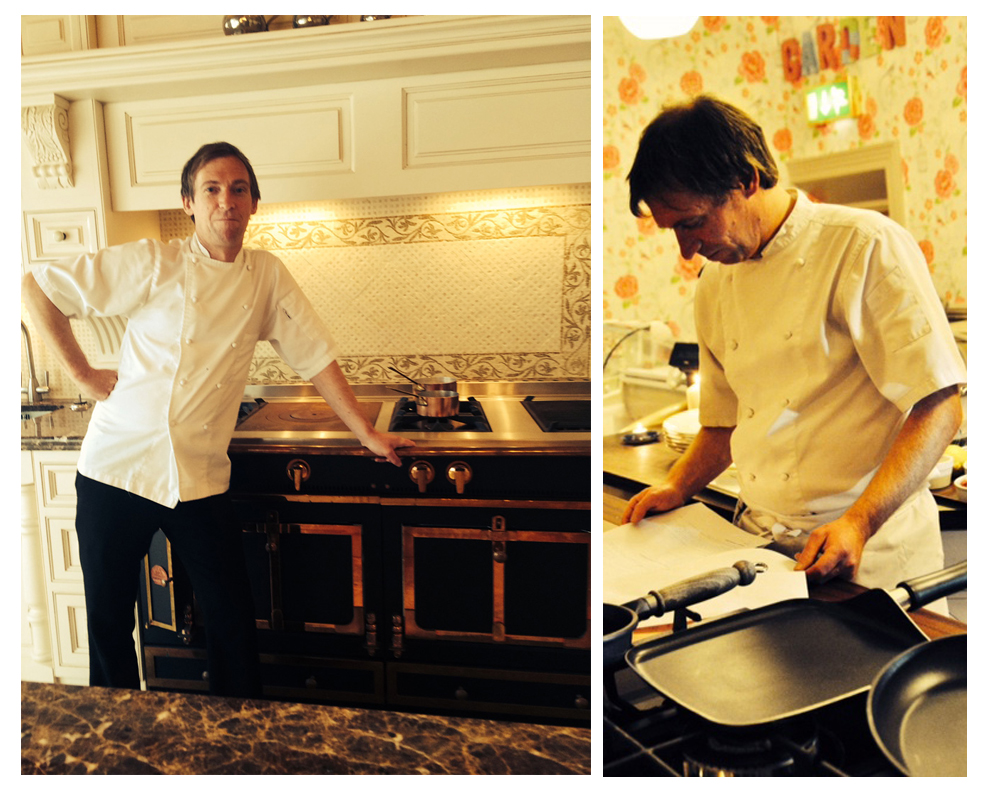 I was born in London in 1976 and later moved to Crosshaven in Co. Cork. Ireland at the age of eleven.  My first experience of working in catering was cleaning dishes in the local Yacht Club.  During this time I became interested in cooking and asked the chefs if I could help. They suggested that my first task was preparing breakfast at which I constantly burnt myself.
After this I decided to work in various kitchens to gain knowledge. At the age of sixteen the opportunity arose for me to return to the UK to work at the famous Morels French Restaurant in Surrey, which won the Egon Ronay restaurant of the year. It was here I learned the hard way the long hours of passion and dedication the French Chefs put in that gained me the utmost respect for them.

Following this I returned to study Culinary Arts in Cork RTC where I gained a distinction in City of Guilds 7061/7062.
My next step was to gain experience in continental cookery, I travelled to Barcelona to work and learn about the finest produce in the world, I visited the Las Rambles food market daily and was astounded by the produce on offer there.  I later returned to Cork to work with a Japanese chef called Koma in a restaurant called Sean Na Mnads, I learned so much from chef Koma during this time.

I now began to weave all the varied experiences I had to form my own creative style. Eventually I moved to the Rectory Restaurant in Glandore where I spent three wonderful years. Here, I succeeded in building the Rectory into one of the best wedding venues in Ireland and fine dining experience in West Cork. I was reviewed by Lucinda O’Sullivan of the Irish Independent who described my cuisine as “food for the soul”.

Whilst there I appeared on the American TV show called Home Matters where I cooked Turbot and gained a great reputation for myself. After this three year spell I felt I needed a big change. I applied for a position with the Ritz Carlton Hotel in Atlanta. I succeeded in obtaining this post, as I was about to leave for America I received a telephone call from a London Agency inviting me to consider becoming a private chef for a billionaire in Regents Park. I flew to London and took up the position for twelve months.

Following this I was approached to work for the Begum Aga Khan. My duties here included dinner parties in London, Nice and Ascot. I then moved on to work for gambling tycoon Damian Aspinell in Howlett’s Mansion in Canterbury. I cooked for some high profile clients like Kevin Spacey, Elle Macpherson, Davina McCall, David Walliams, Elton John, David Furnish, Natalie Appleton, Liam Howlett, James Osbourne, Jemima Khan, Ben Goldsmith, Donna Air, The Queen of Bruni, Patrick Cox and many others. I spent four fantastic years at Howletts but felt it was time to move back home to Ireland. 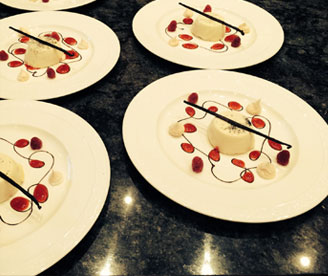 I was fortunate to be offered a position in Wicklow with an Irish/American family dividing my year with six months in Bermuda and the remainder at the Family Estate in Wicklow. I covered many wonderful functions there including the memorable visit of the Democratic Party of the United States of America, the guest list included Nancy Pelosi and Bono and Ali Hewson.
I have cooked in fantastic places all over the World, including New York, Berlin and Sweden and now want to pass on my knowledge of creative cooking to those who have a passion and love of great food.